Testing and analysing the audio performance of speakers, amplifiers and other equipment requires different pieces of hardware and software. My main system is centered around a computer equipped a high-quality audio interface and a dedicated audio analysis software, and a measurement microphone for acoustic tests. Of course, I also use an oscilloscope and a multimeter.

Schematic of a typical testing setup (from the MATAA manual). In this example, the device under test (DUT) is a loudspeaker, which is fed with a test signal from a computer equipped with a sound card or external audio interface via a power amplifier (A). The test signal reproduced by the loudspeaker is recorded with a microphone (B) via a suitable suitable pre-amplifier (C) and an anti-aliasing filter (D). The signal is then digitized using the computer hardware, and is then analyzed using the different computer algorithms. 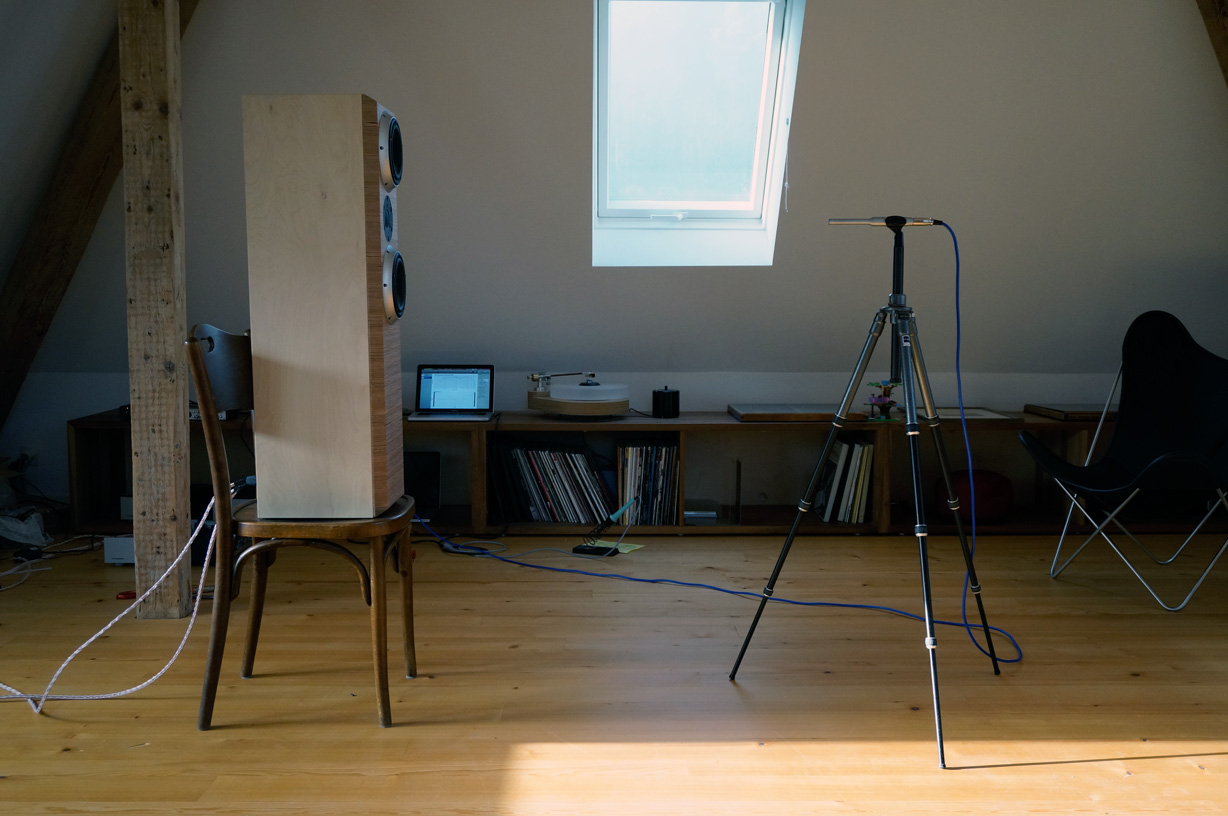 Acoustic analysis of a loudspeaker using a microphone. The loudspeaker is placed on a chair to increase the distance to the floor, which results in a better separation of the signal reproduced by the speaker and its echo from the floor.

The audio interface provides the digital/analog and analog/digital converters that link the computer with the test devices. In many cases, the sound card built into most computers is all you need. If you want more, or if you want to protect the computer from funky test equipment frying the motherboard of your computer, you may use an external audio interface. I mostly use an external M-Audio FireWire 410 Audio Interface (FW-410) for my audio measurements. This interface was designed with music production in mind. However, the FW-410 is very well suited for audio testing purposes due to it’s high-precision audio hardware. The following are some useful application notes when using the FW-410 for audio testing (these notes may also be useful with other audio interfaces):

I mostly use MATAA, which I prefer over ARTA, FuzzMeasure Pro, HBX, etc, due to its versatility and functionality.